On Monday, Tesla announced it has come to an agreement to buy SolarCity in a all-stock deal worth $2.6 billion. Tesla CEO Elon Musk said the deal would all both companies to produce stronger product offering by combining energy storage and solar power product lines into a complete offering.

SolarCity now has 45 days to shop for a better offer before the two companies present their merger to the SEC. Musk said that he had been recused from the financial calculations that determined the amount of stock that SolarCity investors will receive in the new company. Per the agreement 0.11 shares of Tesla stock will be given for every share of SolarCity.

Musk and Tesla CTO J.B. Straubel believe that Tesla’s experience in manufacturing could help SolarCity immensely as the company is in the process of building a $750 million solar panel factory located in Buffalo, NY. The factory itself has drawn numerous comparisons to the Gigafactory, which is Tesla’s new battery factory in Sparks, NV.

Tesla believes that through a number of unspecified improvements their factory will be able to put out three times more storage and hire twice as many people. This combined with greater efficiency will allow the two companies to meet their goals.

Musk said that he doesn’t believe that this merger sets the stage for Tesla competing with utility companies. He believes that as we shift towards electricity as the power source for cars and heating and etc that there will be increased demand for electric power. In fact he envisions a scenario where power companies could meet increase demand without additional substations by leveraging solar power. Which in Musk’s words would result in “beautiful localized rooftop generation paired with centralized generation.”

Tesla and SolarCity executives expect the deal to close in Q4 2016. 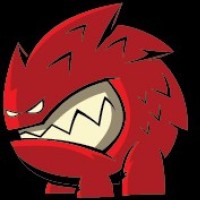